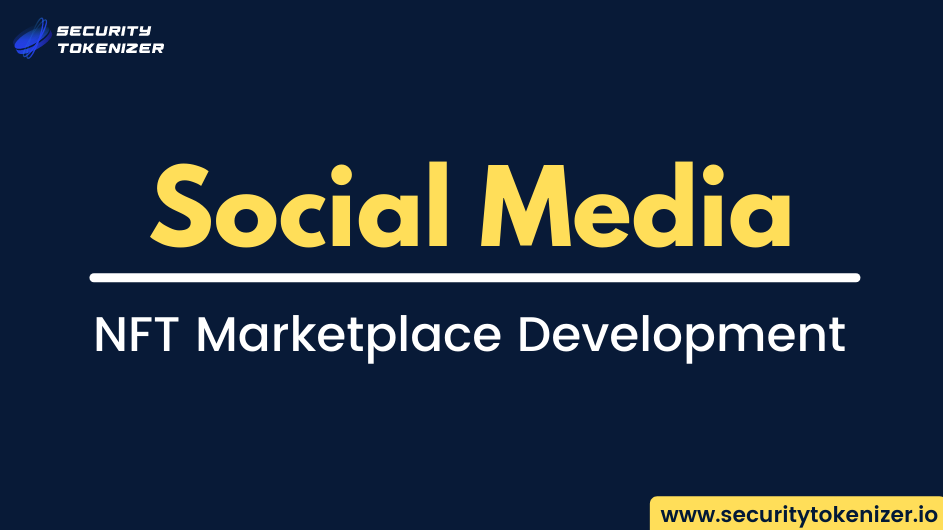 Social Media NFT Marketplace Development is a platform that eradicates the intermediary cost between the celebrities and audience, letting them showcase their art and videos directly in a non-fungible token to the bidder and furnishing the highest quote on the social media NFT  marketplace.

With the social media NFT marketplace, social media account holders, as well as influencers, get a chance to transfer their content into blockchain-powered digital NFTs.

A piece of unique music or art or several other materials done by an influencer can be made into an NFT and sold to their fans. Simply, influencers can deviate any of their content into an NFT. Besides, influencers may devise their content,  followers, as well as users, can also build a portfolio of NFTs which let them sell again for profit. Amazing right?

To mention, not only do the influencers have the right to make money on the platform but also the fans have an equal chance to do so. Social media users can make passive income from social media with the contribution of NFTs and it furnishes other platforms to contrasts their social portfolio.

Hope, you have grabbed in brief about what a social media NFT marketplace is. Let us discuss in detail about its benefits, how it works as well as where to grab the best Social Media NFT Marketplace Development Services.

It is more simple for the users to tokenize their pictures, reels, videos and all of their content to publish in their social media account. Sync the content on a social media NFT platform, mint NFTs and display your content on the marketplace for trading. The decentralized NFT marketplace transforms the complete social media platform with the additional benefit of the tokenized items’ secured ownership.

There will be a fair revenue compensation in the social media NFT marketplace since it neglects the intermediaries between the audience and influencers in the trading process. Tiktokers, YouTubers,  influencers with other social media accounts have their content ownership directly and picking people to whom they provide access to their NFT items results in receiving a good amount of revenue without the involvement of any middlemen costs debited from the revenue.

Users can develop an NFT trading wallet easily with the social media NFT marketplace which is more secure and decentralized in nature. Using this wallet, the user can handle all his digital items with their desired device. These wallets are secured with cryptographical codes, provoking the users’ confidentiality on social media NFTs and trading.

The social media NFT marketplace upholds very low trading fees for all digital items. Several NFT marketplaces furnish stunning rewards to social media influencers fans, including extra value to NFTs. Such benefits can be like this, bulk merchandise discounts, VIP pass for an event, precise access to book albums before the release.

The shared content in social media spreads throughout the world and is maintained by social media companies that have user data access. Such data can be imposed, sell to intermediaries and addressed to censorship. The open-access content on the social media platforms makes ownership accessible. There is no purview of ownership distribution on their content with NFT for social networking. Blockchain strictly grips the credentials of the owners in highly secured accounts and its access can be done with the assistance of private keys.

NFT marketplace undergoes blockchain to maintain and monitor all the transactions, which also comprise NFTs transfer history.  Regulating the tracking process is more simple with blockchain with the assistance of data encryption in an unparalleled way. To point out, the bit on the chain is absolutely transparent and trackable.

How Does The Social Media NFT Marketplace Work?

A medium to transmit inventive social media content into NFTs, as well as trade with audience and fans, is the social media NFT marketplace. This results in the monetization of social networking platforms for both users and content makers.

When it comes to the wallet connection, the users can use MetaMask, one of the most secure crypto-wallets for storage on marketplace platforms. If a user does not have access to a MetaMask, then they have to get it installed first in order to continue with their NFT Marketplace.

Tokenizing an asset in the form of NFT is simply recording the asset on a blockchain network. During this process a new block is generated in the blockchain that holds the assets’ ownership and originality details. The same applies to the social media content as well. The users can tokenize any of their social media content like videos, pictures etc and convert them into NFTs. In order to do this, a user has to copy paste the link of their desired content on an NFT marketplace website, then that item will be minted on the blockchain and can be easily traded on the marketplace platform.

As a result, before the onset of the social media NFT marketplace, only the fans can watch the newly released items. But, now they can own a unique piece of the lives of their favorite influencers.

Build your social media NFT marketplace with us!

How to Create a Crypto Coin? - A Step by Step Guide

How To create A Token On Solana Blockchain?

How to Create a Cryptocurrency - Everything You Need to Know!

How Much Does It Cost To Build Bitcoin, Ethereum and Cryptocurrency?