Get Axie Infinity Clone Script from security tokenizer, to create your own NFT gaming platform like axie infinity on any blockchain. 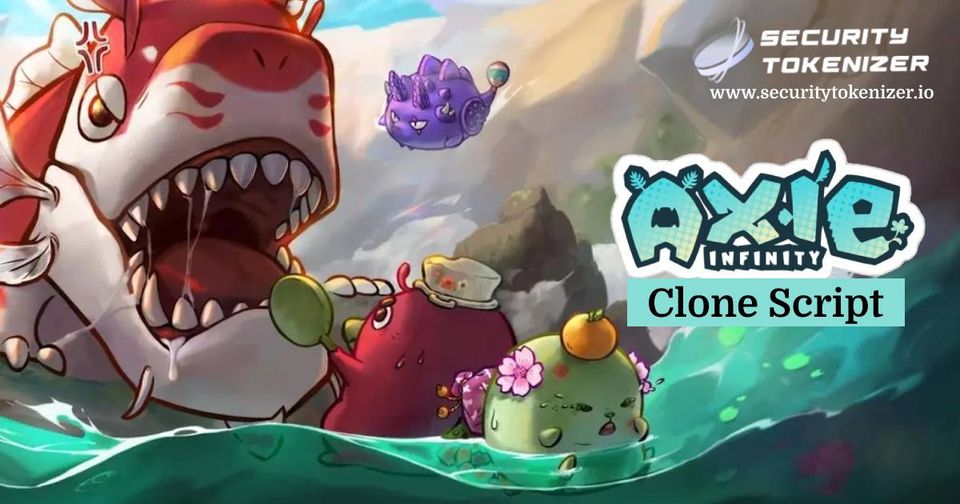 Axie Infinity Clone Script is a coding to create an NFT gaming platform just like the famous NFT game - Axie Infinity. This clone script will help you build an attractive UI design similar to Axie Infinity and it can also be made functionable on several blockchain networks like Ethereum, TRON, Binance Smart Chain, etc.

Axie Infinity Clone has been developed in a way to provide a fun, easy access gaming platform on the blockchain technology. As in the original Axie Infinity, this clone game also allows the players to collect different digital animals and they can also breed them for battle with other player’s digital pets.

Each digital pet (i.e) Axie is unique and it was represented using an NFT based on ERC721 token standard. Each Axie has been categorized in four phase to consider its potential on a battle. The categories are as follows,

These categories plays an important role in the assessment of an Axie like its battling speed, recovering capacity and the damages it can make etc.

Another major factor in the assessment is the Axie’s body features. The below mentioned body parts would have a great influence on the performance of Axie in the battlefield.

Below mentioned are some of the top-notch features that Axie Infinity Clone Script offers.

The gamer can breed several Axies and it can be used in a battle or it can sold to other gamers. Either way breeding an Axie would end up being a profit for the gamer.

Any player can let their Axie into a battle with other players and will have a chance of winning a huge reward if their Axie won the battle.

Marketplace
The users can trade their Axie using an effective marketplace platform and can also purchase several other in-game assets like a land etc.

Smooth Love Potion
Smooth Love Potion (SLP) are the token rewards that can be earned in adventures and battle modes. These SLP tokens can be used either to create a whole new Axie or to upgrade the features of an existing Axie.

Among the several existing online games, Axie Infinity is distinctive due to its rapid growth. In the month of August-2021, Axie Infinity has generated approximately $364M which is its highest revenue since its launch. And there is a statement in the market that states Axie Infinity has about 1M active users daily and also got into a new all time high record on stake as it's users staked around $2,000,000,000 in AXS.

While looking upon these factors, it is obvious that this platform does have a promising future. This answers the above question.

You can check out more about axie infinity in our previous article : What is Axie Infinity?

Get a Free Demo For Our Axie Infinity Clone Script Now!