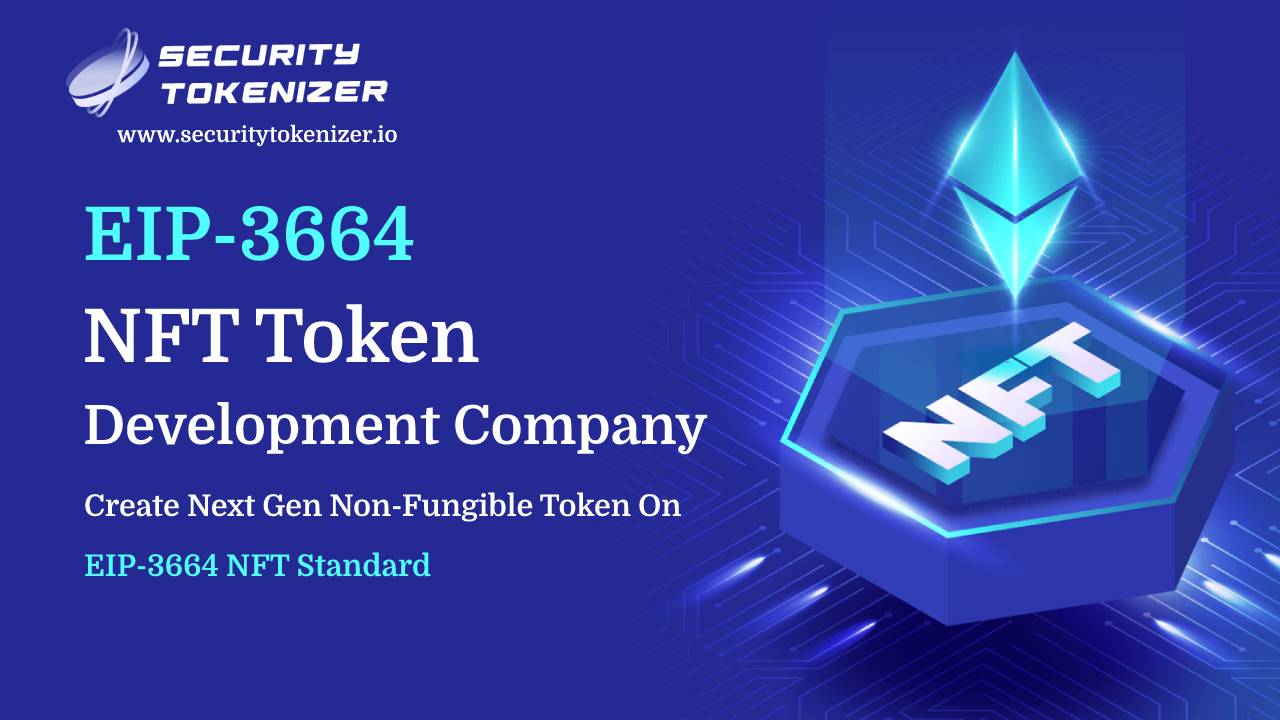 In today’s developing NFT industry, DRepublic a renowned Blockchain company has developed a new Non-Fungible token standard called EIP-3664 using which they have also launched the world’s first combinable NFT platform. This particular NFT standard EIP-3664 standard made by Drepublic has come with several notable improvements in the functionalities of the previous NFT standards. In this blog, let us explore such improved functionalities of NFTs and how it is beneficial to create NFTs on EIP-3664.

EIP-3664 is the newly introduced NFT token standard which offers some advanced features and functionalities to the Non-Fungible Tokens. One of the most important features that this NFT standard offers is that these NFTs can be combined, separated and modified to perform any type of operation on the blockchain. Such features have led to an improved metaverse ecosystem where it is easy to trade a wide range of NFT assets like land, avatar, buildings, etc.

Earlier, the token standards ERC721 and ERC1155 are considered as the best Non-Fungible token standards. Now, this EIP-3664 has outrun the former best NFT standards due to its improved features and functionalities. The EIP-3664 NFT has offered endless possibilities and supports any combination of NFTs, due to its disassembly and assembly features. It also enables the users to create limitless different products without any occurrence of duplication. Such facts state why it is better to create EIP-3664 NFT.

The famous blockchain company, DRepublic has launched the world’s first combinable NFT platform Metacore using this EIP-3664 standard. This Metacore platform is an NFT identity system that is entirely built based on the EIP-3664 protocol. This platform offers all Metaverse users a unique Metacore Identity through which the users can connect with multiple metaverse users. This has widened the potential participants in cross-chain NFT community collaboration.

NFTLootbox is a famous NFT project that lets it’s users to stake different NFT items to earn coins. Similar to such a loot project, Legoot is a real NFT LEGO has been launched with all the functions of EIP-3664. Due to the EIP-3664 NFTs nature, the NFTs can be easily assembled or disassembled and be sold as a whole or in multiple pieces. The users can make use of such a facility by installing it on Metacore platform where they can sell each the whole Legoot or its each part easily.

EIP-3664 has been used in a massive mulitplayer online game called Cradle: Origin of Species. With the unique features of EIP-3664, the new NFT attributes in the game has been categorized as below.

Volatile Attributes - The health and power of the NFTs in the game can be increased or decreased if required.

Movable Attributes - In case of any damage to the existing NFT, it’s attribute can be moved to other NFTs.

Upgradeable Attributes - The users can pay to customize or upgrade their NFTs and it’s attributes.

Evolvable Attributes - These NFTs has time-varying characteristic feature which enables it to evolve based on the time attributes of the real world.

After looking at such customizable features and flexible functionalities of EIP-3664 NFTs, you would have understood how lucrative it is to create NFTs on EIP-3664. If you are planning to have your own NFT created on EIP3664 standard, then get in touch with a professional NFT development company like Security Tokenizer.

i) Flexibility of our EIP-3664 NFT will have expanding NFT functions with endless possibilities.
ii) The smart contracts we develop based on EIP-3664 can be used to create several lucrative NFT use cases.
iii) Each parts of the EIP-3664 NFT items can be sold separately.

Why Choose Security Tokenizer to Create NFTs on EIP-3664 Standard?

Security Tokenizer, being a leading token development company, offer the best NFT development services as per our client’s requirements. With our expertise, we can help you create your own NFTs using the EIP3664 standard and let your NFT business benefit from all the above-mentioned features. Our skilled developers also offer you effective NFT marketplace development services, where you can let your users easily trade their unique NFT items.

Reach Us! To Create Next-Gen NFTs on EIP-3664 Token Standard