How To Create Soulbound Token (SBT)? 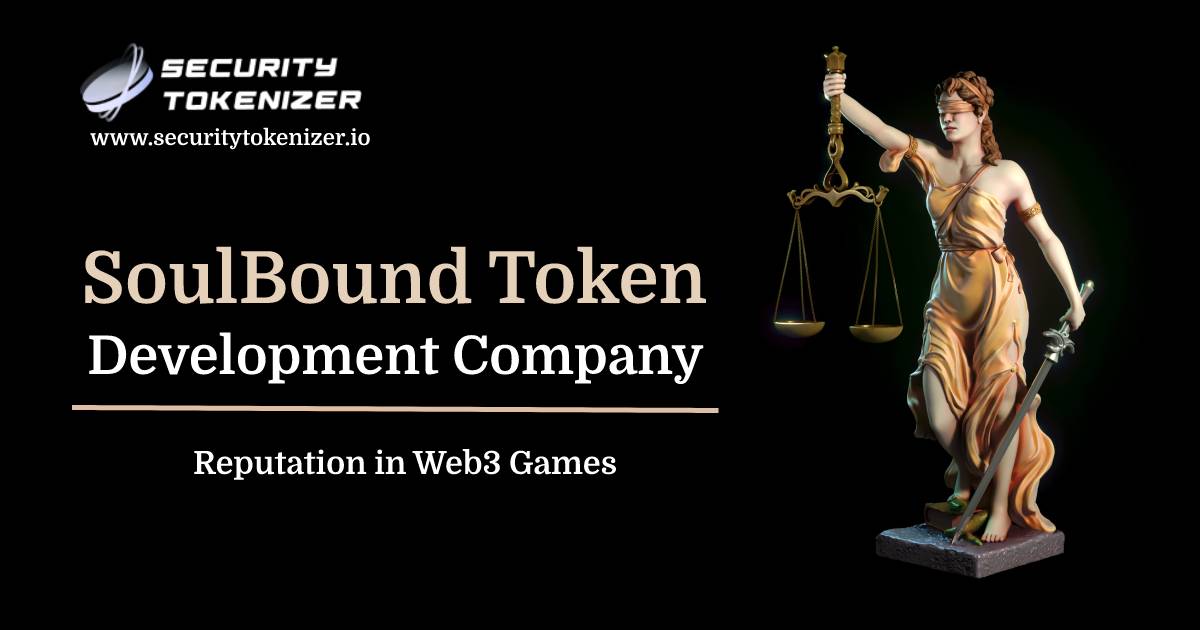 Empowering users in control of their data, identities, and finances is the great online dream of web3. Until now, decentralized tokenization has taken the form of cryptocurrencies and NFTs, and SBTs is the most recent entrant.

For both developers and customers, SoulBound tokens have the potential to surpass NFTs and open up new possibilities. Security Tokenizer as a blockchain development company is keeping a careful eye on the market before the SBTs are formally made accessible for development.

What Are Soulbound Tokens (SBTs)?

Soulbound tokens, also known as SBTs or Soulbound, are non-transferable, readily visible tokens connected to the soul address. It assists in the construction of social identity through tokens to enable services that are currently not possible in the Web 3.0 and DeFi ecosystem, such as uncollateralized loans or straightforward contracts like an apartment lease. Soul refers to the digital address that holds SBTs or Soulbound tokens.

How Do Soulbound Tokens (SBTs) Work?

Soulbound tokens operate similarly to NFTs except for their non-transferability, which is also why Vitalik Buterin, the inventor of Ethereum, refers to them as non-transferable NFTs. Each token is unique and non-transferable, making them non-fungible, or not exchangeable.

Souls have the capacity to self-certify their SBTs. To send an SBT to the address of another Soul, other Souls or SBT manufacturers often follow this procedure. The SBT, its issuer, and Soul's blockchain address can all be publicly verified. This makes a Soul's trust circles freely accessible to everybody.

There are numerous possible use cases for SBTs. Here are a few cases that might be useful in daily life:

A certificate attesting to passing the necessary courses is given to graduates of universities. The students might be Souls receiving the SBTs while the university could be a Soul issuing them. The student's credentials, which attest to their university membership and possession of the necessary credentials, would be kept in the SBT. The SBT would serve as a simple form of attendance documentation.

These SBTs, which were issued by their former employers, confirm that the candidate's claimed work experience is real. Several SBTs are used to represent diplomas, course certificates, and other significant letters.

The effectiveness of blockchain-based tokenization in tackling important concerns in the healthcare industry has already been shown. Sometimes it took a lot of time for patients and doctors to trace medical histories, confirm identities, and validate medical certificates, prescription slips, and other documents.

Even while NFTs and crypto tokens have done a tremendous job of putting data on the chain, these tokens are still exchangeable, which may not be ideal for data as sensitive as healthcare. SBTs would put each person's medical records in a Soul, resolving the issue once and for all.

The biggest milestone in each democracy is when people cast their votes to form governments. Although electronic voting systems have automated the process and mostly eliminated problems, they are nevertheless vulnerable to identity fraud, voting machine manipulation, and other threats. SBTs are a fantastic tool for confirming identities and keeping track of a person's previous voting activity, despite the fact that accurately verifying a voter is expensive.

Event attendees receive the Proof-of-Attendance-Protocol (POAP) NFTs. Ticketing is a common use for NFTs, as is well known. Due to all of NFTs' drawbacks, SBTs offer a more secure tokenization alternative. They are non-transferable and could put an end to forging black market sales, and ticket scalping.

Simply put, the possession of a ticket alone does not create attendance at an event. It is possible to demonstrate that the original ticket holder attended an event by creating non-transferable POAPs.

Applications of Soulbound Tokens or SBTs:

NFT artists can link Soulbound tokens to their NFT collections so that NFT collectors are aware of which tokens belong to them. Artists can use this to get rid of unethical actors from the NFT market that offers arbitrary NFT collections under the guise of well-known artists. To put it briefly, SBTs can aid NFT makers and artists in creating their names within the NFT and digital art communities.

Sybil's attacks might be stopped by using SBTs or Soulbound Tokens in DAOs. By computing over a Soul's constellation of SBTs to distinguish between unique Souls and likely bots, SBTs can reduce this risk. They can also restrict any voting power to a Soul that seems to be a Sybil.

Due to the anonymity factor, uncollateralized lending is currently not an option in the DeFi space. It's challenging for businesses and protocols like Aave and Compound to rely on arbitrary borrowers in the virtual network. As with traditional financials, there is currently no way accessible to determine a borrower's background or determine their credit scores.

In the future, SBTs might be crucial for creating documentation and certifications. Since Soul may create an endless number of Soulbound tokens, it has the ability to move documentation from a paper-based system to a paperless one by bringing it online.

For exceptional occasions, events, web conferences, seminars, and other things, SBTs can be utilized as proof of presence. Additionally, the event organizer or host can convene a managed audience for their purposes by providing SBTs to the restricted person.

Last but not least, you can create your own SBTs and manage them as necessary if you need to deal with many Web 3.0 platforms. Even SBTs can reflect your skill set and talents once it is merged into your Soul. So perhaps SBTs will someday serve as a digital resume or portfolio for Web 3.0 and DeFi users.

As a seasoned Token Development Company, Security Tokenizer is paying close attention to the market. Expect the SBTs to fare better than NFTs as web3 assets gain widespread momentum.

In this article, we covered the definition of SBTs as well as a number of applications that may increase public confidence in blockchain tokenomics. Need clarification on SBTs for certain use cases? Do contact us right now!