What is Polkadot Blockchain? - A Complete Beginners' Guide

Polkadot, which only began a year ago in May, is already establishing itself as a next-generation blockchain in a blockchain industry dominated by Bitcoin and Ethereum 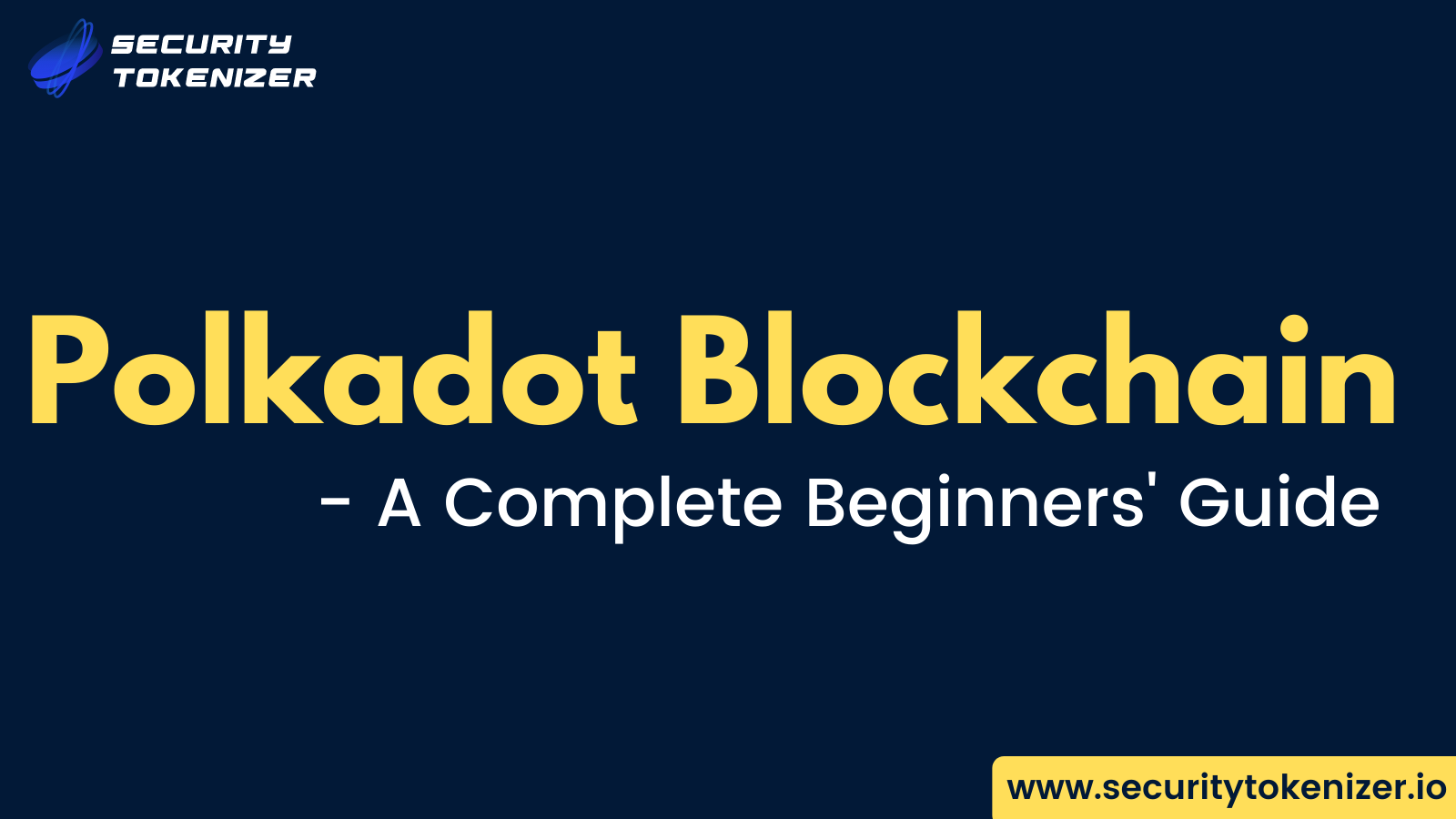 Home / Blog / What is Polkadot Blockchain

Polkadot, which only began a year ago in May, is already establishing itself as a next-generation blockchain in a blockchain industry dominated by Bitcoin and Ethereum. Polkadot has skyrocketed in popularity. Within a few months of its launch, Polkadot's native token, DOT, became a top ten cryptocurrency.

Polkadot is a technology designed by Wood, a British computer scientist who also co-founded Ethereum, that allows multiple blockchains to transfer currency in a trustless manner while sharing their unique features over a single safe channel. The Polkadot network, according to Wood, is the answer to Ethereum's 2.0 network update, which is now in development.

Polkadot has concentrated its efforts on developing a fully scalable, heterogeneous network powered by multi-chain technology. Polkadot is a "next-generation blockchain," according to the Web3 Foundation, the Swiss group that manages the network.

How Polkadot Has Formed?

Polkadot was originally released as a proof-of-authority (PoA) protocol in May 2020. A single Sudo (super-user) account was in charge of its administration. Validators joined the network when it was launched to participate in the consensus protocol.

On June 18, 2020, the network immediately abandoned the proof-of-authority consensus process in favor of the tried-and-true proof-of-stake (PoS) protocol.

With its blockchain network safeguarded by a decentralized community of validators, the network's super-user account was deactivated in July 2020, and the network's governance was transferred to the holders of its DOT tokens. Polkadot was able to realize its aim of becoming a decentralized platform because of this paradigm change.

The Native Token Of Polkadot (DOT)

At the time of publication, Polkadot's DOT coin was the seventh most valuable cryptocurrency by market capitalization. The utility token acts as governance, bonding, and staking mechanism for the network.

DOT holders can use the governance function to exert influence on the Polkadot network. The network's running fees, auction dynamics, and timeframe for adding new parachains are all determined by DOT holders. They can also determine when upgrades and fixes to the platform may be required.

DOT also actively participates in network security. DOT holders are responsible for validating transactions between parachains as part of the proof-of-stake protocol. DOT token holders must invest their tokens in order to participate.

The ability to add new parachains by holding DOT — a process known as "bonding" — is the third role DOT performs in the network. DOT tokens are inaccessible for usage during this time and will only be issued once the bonding period has ended and the para chain has been removed.

Polkadot is a company that specializes in architectural technology.
In its quest to build a heterogeneous blockchain network, Polkadot differs from the Ethereum network. It uses parachains and parathreads to connect to the main Polkadot Relay Chain. Through the platform's bridges, the chains can also link to external networks.

In Polkadot, there are three main sorts of chains.

The Polkadot protocol's heart is the relay chain. It is in charge of the network's common security, consensus, and interoperability between chains. It's the network's main blockchain. The completion of value transfer and transaction blocks takes place here.

At its interaction with the mechanism, the Relay Chain performs extremely basic actions such as parachain auctions and nominated proof-of-stake (NPoS). The Relay Chain's lighter capability base allows it to process new transactions more quickly. According to a 2020 study, Polkadot has been able to execute 1,000 transactions per second (TPS) using this unique technology.

Projects must lease a slot on the Relay Chain through a slot auction to be able to run a parachain on Polkadot.

Other Features Of Polkadot Include

Bridges help Polkadot achieve its aim of interoperability. Polkadot can connect to and communicate with external networks such as Bitcoin and Ethereum thanks to this key functionality. Polkadot is currently working on connecting to other blockchains in the ecosystem to allow tokens to be exchanged without the need for a central authority.

Framework For The Substrate

The substrate is also a toolkit that gives users access to a library of custom templates to make blockchain development easier. Its "Wasm" (WebAssembly) protocol enables developers to quickly create smart contract systems.

For developers who want to use Polkadot's established blockchain community to raise awareness for their projects, the idea of a linked blockchain ecosystem is appealing. Its drag-and-drop templates allow teams to create blockchain networks in minutes rather than having to start from scratch.

The Future Vision Of Polkadot

Polkadot appears to be on track to continue constructing a trustless blockchain network for authenticating data and value transactions as part of its pursuit for a decentralized internet.

The network released "bridges" earlier this month to connect external networks to its ecosystem. Through an interoperable rule, bridges aim to enable a quick and secure movement of values and data.

Security Tokenizer is a leading cryptocurrency and token development company that provides you with the best Polkadot blockchain development services at an affordable cost with top-class quality services. By providing extensive technical support and outstanding client engagement, we have evolved into a business-friendly development organization. Reach us anytime!