What is Flow Blockchain? A Complete Beginners Guide

Explore the features of Flow blockchain with Security Tokenizer and understand how it works. 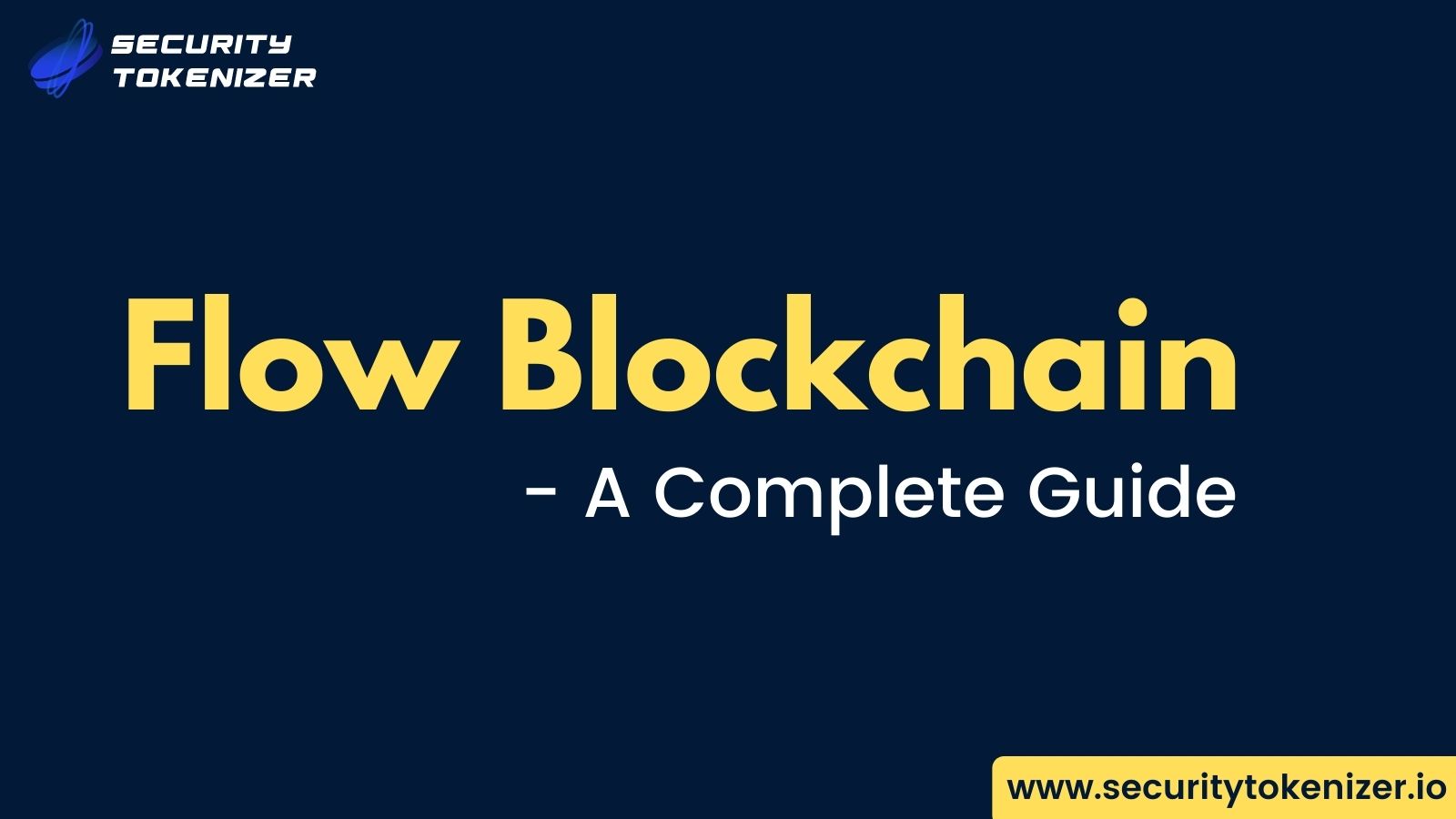 Home / Blog / What is Flow Blockchain?

Flow is a blockchain built to improve the scalability without using any sharding techniques, allowing for rapid and low-cost transactions in dapps like NFT markets and crypto-infused video games.

Flow is the brainchild of Dapper Labs, which chose to take on the problem of blockchain congestion head-on by creating a blockchain optimized for games and other interactive activities. Flow is now used by Dapper for all of its own projects, including NBA Top Shot, but it is also available to other developers.

The history of the Flow blockchain is the first thing you should learn about it. What factors influenced the development of the Flow blockchain? The beginnings of Flow may be traced back to Dapper Labs, which was founded with the goal of introducing decentralized NFT gaming solutions. Dapper Labs created CryptoKitties, which sparked a revolution in the NFT market.

However, the popularity of CryptoKitties caused the Ethereum network to become congested, resulting in higher transaction costs. As a result, Dapper Labs opted to address the issue of congestion by creating a customized blockchain with the functionality they want. That’s how the Flow blockchain was invented.

One of the most essential aspects of the Flow blockchain foundation is the multi-role design. It facilitates scaling without sharding or compromising consensus decentralisation.

Payment on ramps, for example, provide an efficient, low-friction, and secure transition from fiat to crypto on the Flow blockchain.

Developer ergonomics is another crucial feature to look for in a Flow blockchain guide. The Flow blockchain has been designed to meet all of the needs of developers, including built-in logging, upgradeable smart contracts, and more.

As a result, developers working with the Flow blockchain have a lot of options for developing new apps.

To comprehend the principles of the Flow blockchain fully, it is necessary to have a thorough understanding of its features. So, let us continue this conversation by considering the usefulness of the features included in the Flow blockchain.

The operation of the Flow blockchain may assist you in better comprehending its value advantages. Surprisingly, the description of how Flow blockchain works is heavily influenced by its architecture or philosophy.

The following two categories emerge from a broader classification of tasks in the blockchain.

Non-deterministic activities, in most circumstances, would necessitate a coordinated consensus procedure such as Proof of Work or Proof of Stake. Deterministic tasks, on the other hand, have a single, objectively accurate outcome. The fundamentals of the Flow blockchain were born out of a perspective of the most significant bottleneck in blockchain performance.

Flow blockchain is an open, decentralized blockchain that aims to provide a single platform for emerging blockchain use cases. Because of the rapid development in the use of NFTs all around the world, blockchain network utilization is bound to cause some challenges. Alternatives, such as the Flow blockchain, should be considered as well.

In this presentation, the principles of the Flow blockchain are discussed, including its definition and key features. By going deeper into the architecture of the Flow blockchain, you also learned about the various value benefits it offers. To know more about such Blockchain networks get in touch with Security Tokenizer. As a leading token development company, we have immense knowledge over several Blockchain networks and can help you easily understand about the functionalities of any popular Blockchain technologies.

Reach us to know more about Flow Blockchain