What is Bitcoin Taproot? - The Beginners’ Guide

Taproot consists of three different upgrade proposals that make up the Taproot upgrade. However, at its core, the upgrade incorporates "Schnorr," a new digital signature system that will make bitcoin transactions more efficient and private. 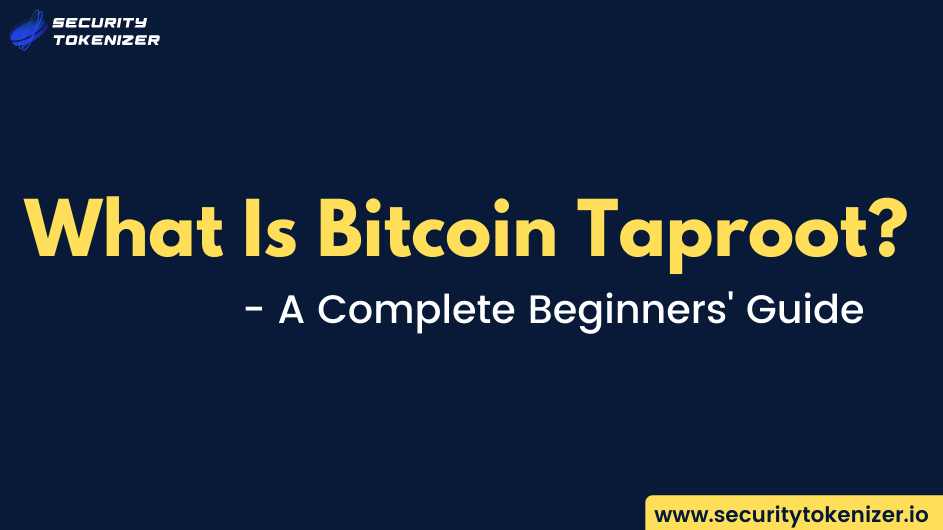 Home / Blog / What is Bitcoin Taproot?

What Is Bitcoin Taproot?

Bitcoin has received a big upgrade that allows its blockchain to handle more complicated transactions, potentially expanding the virtual currency's use cases and putting it on par with Ethereum in terms of smart contract execution.

Smart contracts are self-executing transactions that rely on pre-programmed inputs to produce their results. The upgrade, called Taproot, is the bitcoin protocol's most significant change.

What Is Bitcoin Taproot?

Taproot consists of three different upgrade proposals that make up the Taproot upgrade. However, at its core, the upgrade incorporates "Schnorr," a new digital signature system that will make bitcoin transactions more efficient and private. Schnorr can also be used to enable bitcoin users to run more complicated smart contracts.

Taproot was officially enabled on block 709,632 on Sunday. On blockchains, transactions are settled in batches or blocks. Only a fixed amount of transactions can be stored in each block.

What Impact Will It Have On Bitcoin?

The ability of the bitcoin network to process more smart contracts, similar to what Ethereum does, would have the greatest impact. This is bitcoin's first big upgrade since 2017, and it will have a lot of implications for the blockchain.

The taproot will implement Schnorr signatures, which will make bitcoin transactions more secure, efficient, and cost-effective. Above all, the upgrade will improve bitcoin's ability to execute smart contracts on the blockchain.

Though some experts believe Taproot will have a minor impact on bitcoin's price, investors should be aware of the implications of the upgrade. After all, it's hard to anticipate an asset's future price, and bitcoin is the blockchain that powers the world's most valuable cryptocurrency.

What Further Improvements Are There?

Taproot protects your privacy by hiding the type of transaction you're carrying out. The Schnorr signatures can enable more complicated bitcoin transactions, such as those from wallets that require several signatures, which appear to be ordinary. Transactions become more private and secure as a result of this.

Bitcoin transactions will become more data-efficient, allowing block capacity to be optimized and transaction costs to be reduced.

Bitcoin users who use Taproot, as well as those who do not, will profit greatly from the upgrade. The introduction of Schnorr signatures provides major privacy and security improvements, although Taproot and Tapscript also provide benefits.

Most Taproot (P2TR) outputs take up less blockchain space than standard P2PKH outputs, but are slightly bigger than P2WPKH outputs. Taproot outputs, on the other hand, are far less expensive because the public key is contained in the scriptPubKey and thus does not need to be included in the Script Witness.

Taproot's privacy ramifications are likely the most significant aspect of the upgrade. Multisignature contracts are no longer distinguishable from single signature contracts thanks to the addition of Schnorr signatures and key aggregation, ensuring anonymity to all Taproot users.

What Does Taproot Imply For Investors?

According to Bitwise's Dowling, these large-scale changes have prepared the path for the bitcoin network's next phase of innovation. She mentioned that the most recent major improvement in 2017 aided the debut of the Lightning Network, which made bitcoin payments much faster and cheaper than before. She believes Taproot will spark a similar surge of bitcoin innovation centered on smart contracts.

The taproot will lay the groundwork for the bitcoin protocol's next phase of innovation. We, Security Tokenizer a leading Token Development Company as well as Cryptocurrency Development Company anticipate that this upgrade will usher in a new era of bitcoin innovation centered mostly on smart contracts. Besides, the NFT marketplace development business keeps a close look at such impending technological changes. Stay in touch with us to stay up to date on the latest developments in the Crypto business.

For further discussions! Connect with our experts now!