What is Tezos Blockchain? A Beginners Guide

Explore the complete guide on Tezos Blockchain and Know how it works. 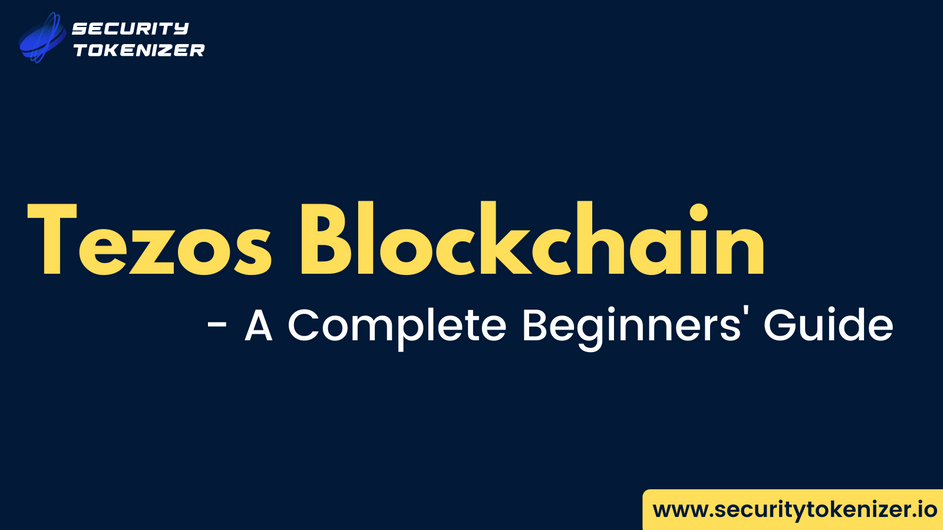 Home / Blog / What is Tezos Blockchain?

The Tezos platform's cryptocurrency is called XTZ. The Tezos Foundation has grown in size to focus on education, research, and platform content. It's a positive indicator, as the initiative is intended to expand and evolve over time. Tezos can gain active attention from the industry by continuing the research path. It may also contribute to the cryptocurrency's mass adoption in the crypto market's future.

Tezos attempted to limit the likelihood of its blockchain forking, resulting in two independent coins with two different prices. However, the concept of a cryptocurrency being able to change its own software had broader consequences, sparking a discussion about "blockchain governance."

What is Tezos and how does it work?

Many characteristics common to cryptocurrencies are enabled via the Tezos network. Its software allows developers to run bespoke programming logic (smart contracts) and create new programs (decentralized applications) to imitate products and services. Its voting features, on the other hand, need a distinct design. The Tezos blockchain, in particular, would be divided into two parts:

Shell - This code is responsible for understanding transactions and administrative processes, as well as amending itself based on user voting.

Protocol - The code that sends suggestions to the shell for approval.
The Tezos LPoS Blockchain is a distributed ledger platform.
Tezos uses a variant of conventional proof-of-stake (PoS) consensus called liquid proof-of-stake to keep its network in sync (LPoS).

LPoS is a method used by machines running the Tezos software to protect the network, validate transactions, and distribute freshly minted XTZ, similar to classic PoS techniques. Participants ("nodes") must stake XTZ in a process Tezos refers to as "baking" in order to participate in governance. A node must have 8,000 XTZ to become a baker (also called a roll).

Users can delegate their tokens to bakers and also allow them to distribute votes and get XTZ rewards on the live blockchain. Because consumers can readily swap between the bakers to whom they delegate XTZ based on their voting preferences, bakers are driven to perform honestly.

Bakers help to regulate the blockchain by voting on proposed code changes. There are four distinct voting sessions, each separated by around 23 days in the voting process.

Proposal period - During the proposal period, any baker can submit a proposal in order to upgrade or change the Tezos blockchain. The proposals that receive the most votes advance to the next round.

The Exploration Vote Period - Proposals that receive a super-majority (80% of votes in favor) advance to the next period.

The Testing Period - The proposal is then moved to a temporary test chain (48-hour fork), which is curated to check if the alteration works and is safe for the network to adopt.

Invoices can also be attached to proposals by bakers. The protocol will mint the stated amount in the invoice and pay it to the baker if the proposal is approved after all four voting times.

What are the benefits of using Tezos?

Tezos was mainly build to allow smart contracts using the mathematical structure of the functional programming languages that underpin the Tezos blockchain network. Tezos programs are mostly focused on sectors with a high cost of failure. Functional programming, for example, enhances confidence in the viability of chosen solutions in high-value applications.

Tezos smart contracts are built on a functional language that encourages the development of decentralized apps (dApps) that demand a high level of confidence in the correctness and functioning of their smart contracts. Financial applications that manage enormous amounts of assets, as well as other high-stakes industries like autonomous driving, electric vehicle charging, real estate tokenization, and cloud-based software solutions, are some of the dApps that match well with Tezos.

Tezos is also designed to work with interactive end-user apps that are created directly on top of the infrastructure layer. A decentralized exchange (DEX) is one such application, and a Tezos DEX dubbed Dexter is already in development. Finally, the cryptocurrency XTZ has been able to function as a robust store of value due to strong network effects and an active community. XTZ's market value grew to billions of dollars in 2019–2020, putting it among the top 50 cryptocurrencies by market size.

Tezos is an open-source, self-improving cryptographic ledger platform that enables the generation of smart contracts and the building of decentralized apps (dApps) on its own advanced platform. Despite the fact that many similar platforms offer the same capabilities, Tezos stands out because it offers a unique on-chain governance system that avoids any hard forks and so keeps the community together.