What is EOS Blockchain? A Complete Guide

Explore the complete guide on EOS Blockchain network, and understand how it works. 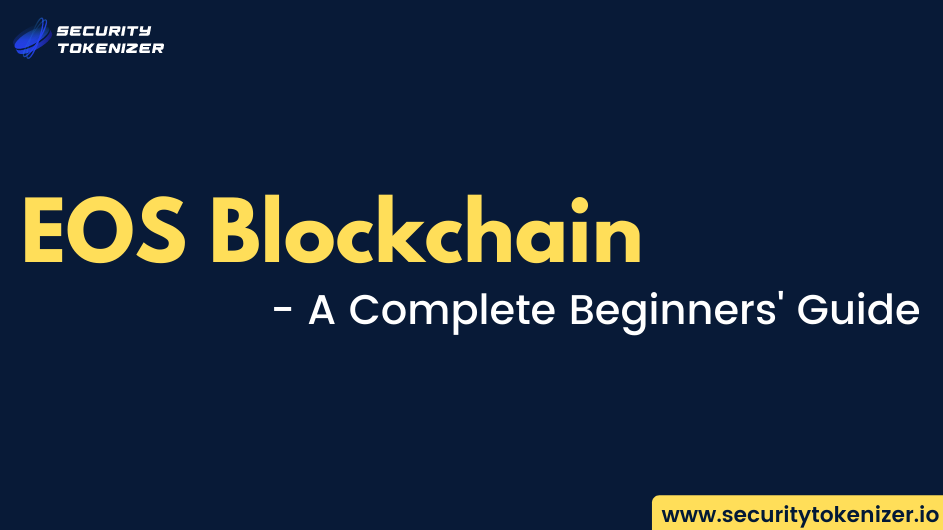 Home / Blog / What is EOS Blockchain?

EOS is a blockchain platform for creating decentralized industrial applications. This method is supported by a strong underlying infrastructure. The major goal of EOS is to provide a user-friendly and business-friendly tool for developing decentralized applications (dApps) while overcoming the limitations of other blockchain platforms such as Ethereum.

One of the most significant constraints preventing blockchain technology from becoming widespread is scalability. For example, the present rate of transactions feasible with Ethereum, is extremely low. Furthermore, users must pay the Gas fees in order to utilize any of the platform's dApps.

What Is EOS Cryptocurrency?

It is powered by the EOS blockchain. It's used to help large-scale applications run smoothly. There are no fees associated with sending or receiving EOS. The EOS platform basically replaces transaction fees with inflation by paying companies that administer the network with new EOS on a regular basis. The EOS token is utilized for governance, as well as allowing developers and consumers to create the resources required to run EOS apps.

EOS wallets are unique among cryptocurrency wallets in that they have two private keys: an owner key and an activation key. The owner key, which is used for staking, unstacking, and transferring tokens, controls the active key. You'll need an EOS account to send EOS from your wallet.

EOS uses the Ledger hardware wallet. EOS and other coins can be stored in these. These can be used on both desktop and mobile devices. These are physical devices that look like external hard drives. You can store your digital money in a hardware wallet once you have access to one, and it will no longer be held on online servers. It's a safe place to keep your cryptocurrencies because even a hacker won't be able to move your funds without knowing your password.

Non-physical apps that may be downloaded into your computer are known as software wallets. It's password-protected and requires a password to access the coins you've saved. Because these wallets, unlike hardware wallets, are connected to the internet, they are vulnerable to viruses and malware. When you type your password online, a hacker may be able to capture and view it.

Cost of a Transaction

The ownership model underpins EOS. You own the resources that are offered to you, such as CPU, RAM, and Internet bandwidth, and you do not need to pay rent on the EOS blockchain. EOS members whose tokens have not been used for three years will have their accounts closed. A stacking pool is available, allowing users to stack their EOS currencies. The operating system resources will be allocated based on this. On the EOS network, you do not have to pay any transaction fees to complete your transactions. By unstacking your EOS coins, you can get them back at any time.

Delegated proof of stake, or DPoS, is the consensus mechanism utilized by EOS. In DPoS, the person who possesses the coins cannot validate transactions, but he or she can vote on who should. It's comparable to democracy. 'Block producers' are the folks for whom you can vote. They are the ones who are in charge of verifying transactions and collecting incentives. The network's security is overseen by a total of 21 block makers.