Facebook goes Meta and reshapes the Social Media. Know more about it with Security Tokenizer 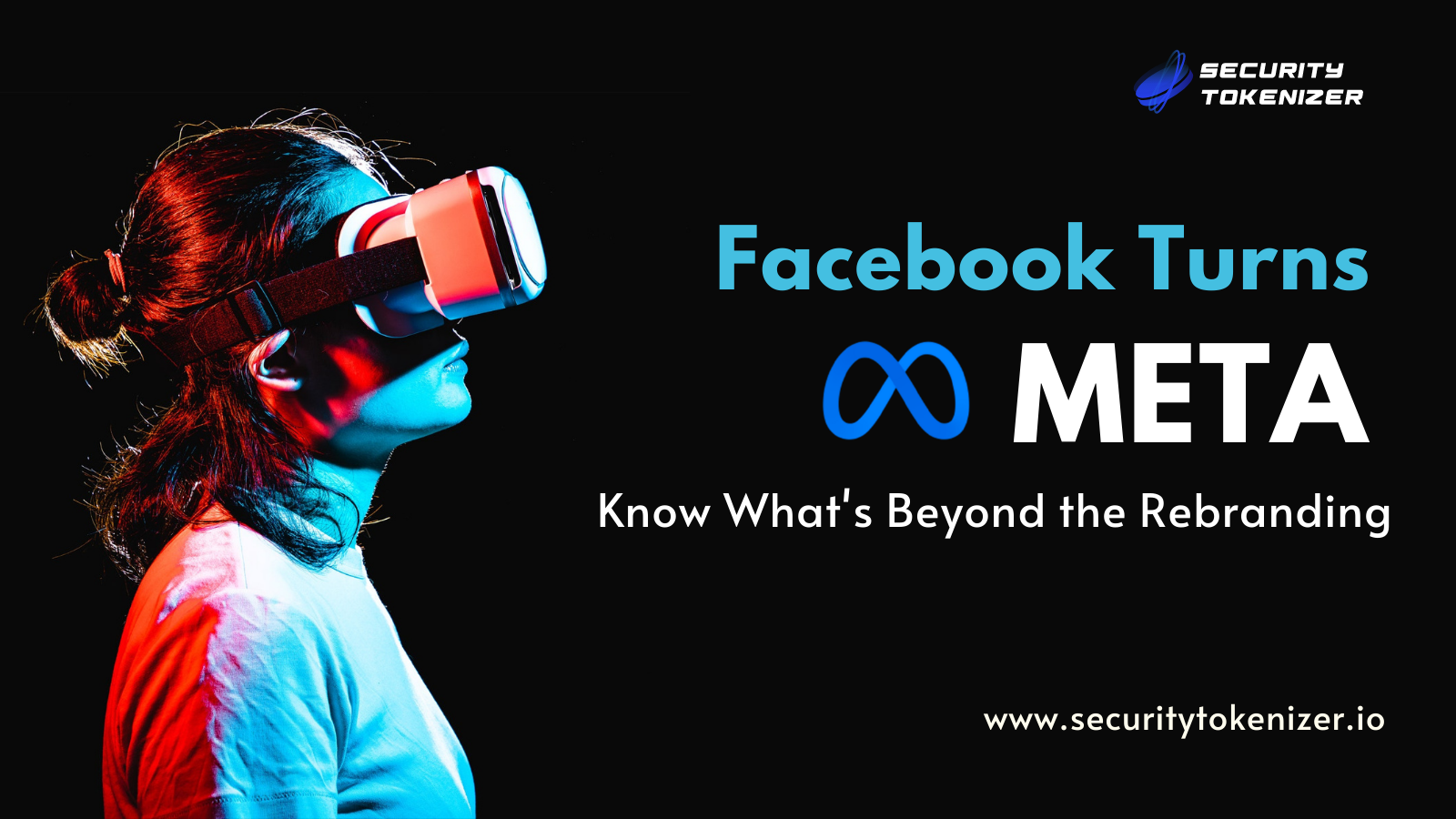 The well-known Social Media Giant, Facebook has a growing ambition beyond Social Media. This has reflected the name change of Facebook as “Meta” which was unveiled during the Facebook Connect Conference held on 28th Oct-2021. This shift to Metaverse has become a major boon in the blockchain environment as it might result in creating a real-time 3D world which would be a major step in the development of internet. Before discussing further, lets have an overview on Metaverse.

Metaverse has become a catch phrase that is being frequently used nowadays to represent the evolution of internet. As of today, the metaverse doesn’t technically exist yet, however when it becomes an actual thing, it would then replace our normal apps and websites using a 3D medium that can transform the social and business environment.

This invasion of virutal world by Facebook is not just about social media but also about several other facilities from office to entertainment. It might provide a platform where people can communicate, collaborate or experience an event without being physically present within the same space.

On the keynote address given during the conference, it has been emphasized to create an advanced 3D social interaction facility and to improvise the way of using NFTs to represents digital collectibles and other assets. To do so, the company is about to invest around $50 million for the research and also aims to hire about 10,000 techies across Europe.

While looking upon the fact that to expand the NFT’s use cases, a research is being held, that too by a well-known team of tech visionaries like Facebook, several NFT investors and entrepreneurs believe that there will be a promising outcome. This has resulted in skyrocketing the value of NFTs.

Being an NFT marketplace development company, Security Tokenizer has a keen observance over such upcoming technology transformation. Stay connected with us to know such intriguing happenings in the Crypto industry.

Reach Us For Assistance In Any Crypto Projects